Check out her favourite video

Tell us about you!

I was born in Russia to a German father and a Russian mother and my family moved to northern Germany after the wall fell. From the age of 23, I lived in Japan on and off for 7.5 years, going from Hiroshima, to Tokyo, and then Yokohama. My advice to anyone moving to Japan is don’t go straight to Tokyo! You will experience Tokyo, which is not the same as experiencing Japan. I moved to Hiroshima first(2007), and it was like what I saw in mangas back in Germany – there were summer BBQs by the river, and little fireworks parties, and local community celebrations (Bon Odori) where whole neighborhoods came together dressed in Yukatas (Summerkimono). Hiroshima is not overcrowded and people seem to have more time and are more laid back. But in Tokyo, everything is around marketing and performance, and there’s a lot of people! Tokyo is a great place to live, and it spoils you, but I really recommend trying out inaka (rural) Japan first. Now I’m living in rural California, renovating a little cabin near Yosemite national park. It’s my fourth country to live in, and sometimes people ask me about culture shock, and I just say, “It is what it is!” – I think your home is where your love is.

I studied advertisement at universities in Germany, Japan and China and now I do all kinds of creative work, including working in the graphics design and social media section with runAway. My main area of study was Multimedia Design: video, graphics, animation, concept design, basically everything you need for advertisement. Alongside my studies in Japan, I was hosting NHK’s Journeys in Japan for 4 episodes, did director work and animations for advertisements and done some modeling here and there… but I’m as tall as Dean(~183cm), and tall is not good for female models in Japan (So, that did not work out for me…haha). Since I’ve moved to the States in 2016, I work mostly doing graphics and social media work, and enjoying renovating my house!

I tend to be a little OCD, I like things being on time and in order, which was pointed out to me as very German, in Japan.

What’s your favourite style of design? What are some of your inspirations?

I like 3 art-styles that represent my past 1.German minimalist Bauhaus, 2. Japanese traditional and simple Kanso (簡素) & Shibui (渋味) design, and 3. Slavic Art Nevau artist Alfons Mucha (not simple but elegant).

I learned a lot during my research in Japan on the MEXT scholarship, which I recommend everyone under 30years to apply for. For example, did you know that on Japanese TV shows, those little windows that show the reactions of the celebrity guests watching, started during a show in the 80s. Everyone loved the show, and the other stations thought that it was because of the little windows, so it has become standard. Everyone feels now that it’s a must, so every show has it.

I also love photography, and video advertisement that creates emotions. I own photo books that are just portraits – one is called Faces in Japan, of pictures from the 60s. It’s similar to runAway: there’s a picture, and then a little story about it. 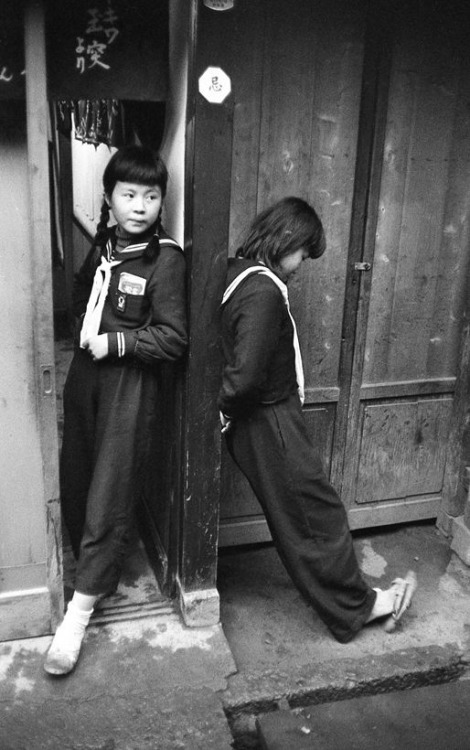 What brought me originally to Japan was in fact Sailor Moon – which is actually super kawaii. I was a teenage girl, I saw her adventures with Tokyo as background, and I thought, I’ll go one day! But as for other inspiration… should it be design or art? Some people describe me as an artist, but I do not consider myself as one. I’m a designer, and I put the line there very harshly because an artist is someone who creates work from their heart, and you can either take it or leave it. But a designer listens to the client’s wishes, and makes a creative product that can work for a broad customer base.

What’s your favourite creation that you’ve made and why?

I have two favorites, both are videos.

One of the ones I’m most proud to have made is this one about human trafficking. The song is a well-known children’s song in German – it’s about God protects little children. The kid is making her own little world – I used animation – to forget that she’s in this terrifying place. At the end of the video, a door opens, and a shadow falls across her, and the audience realizes what has happened.

You can see the second – which is called Inner Peace and many more on my Youtube Channel: Lana Bergmann

Why did you want to collaborate with Runaway?

I met Dean during a modeling gig, and his NPO work interested me. I designed some things for him – making a Kumamon T-shirt after the Kumamoto earthquake for example. Then he asked me to make some designs for runAway, at first Facebook banners, and then I moved onto designing and running the Instagram account. It’s what I learned before – how to build a corporate social media package.

Can you outline some of the campaigns going on with runAway at the moment?

There are two I’m working on at the moment. The one for Instagram is called, “When in Japan” and it’s to show people the fun things that you can do in Japan.

We had a one week special called “The Spirit of Japan” to explain things like, “What is kawaii?” “What is wabi sabi?”. Again, I used minimalism, a white background and a circle to represent the flag of Japan.

Then we have Soul Moments – following the idea of when you have that momemnt of, “Wow, this is Japan.” It doesn’t even need to be spiritual but just memorable, because it can be difficult to feel that when some people only visit Japan for a week. For my husband, it was when he encountered a vending machine on top of Mt Fuji, and realized how Japanese people love convenience. For him that was like, “Wow, that’s Japan!”. 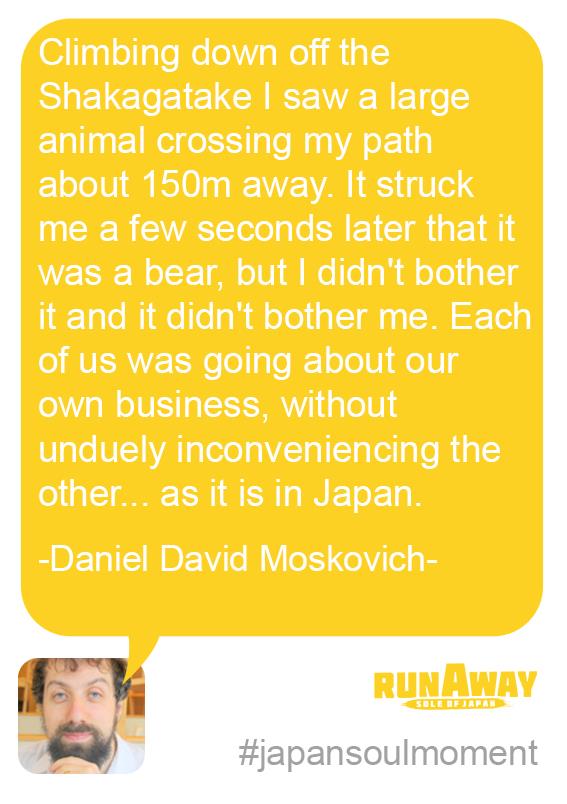 We want to thank everyone who participates and shares their #soulmoments with us. – click to see more on runawayjapan’s Instagram

What are your hopes for the future?

I’m hoping that runAway will get a second season, then I can work more on the social media platforms in real time. I would like to highlight the unique way the team chose their destinations – where the fans following their journey could vote on where the team would go in real-time! 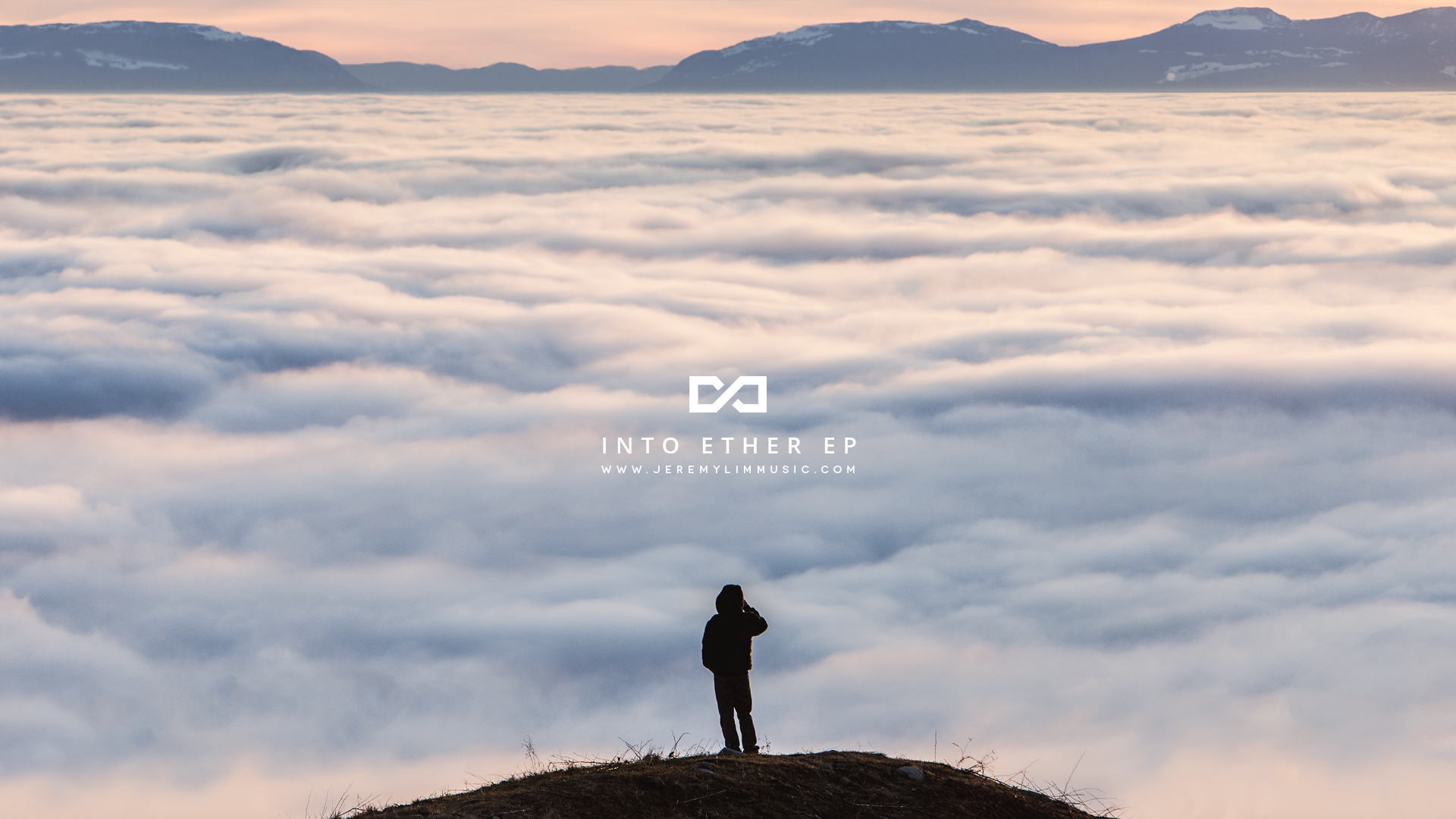