By Felicity TillackJune 6, 2016 No Comments

Jimmy Binks and the Shakehorns

Jimmy Binks and the Shakehorns started many years ago just with me (Sam) and Julian, playing songs we liked after work or at weekends. For quite a while we were an acoustic duo playing covers of anything we liked, but as we started to write more and more of our own songs, we began to slowly and often accidentally gather new members, and now finally we are a six piece! We’ve been this way since summer 2014. 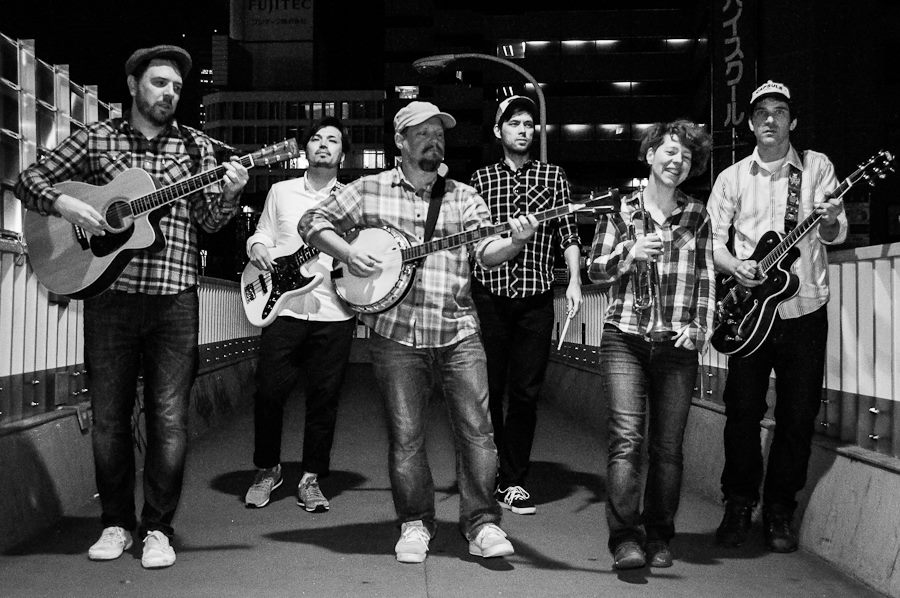 We usually describe ourselves as “alternative-country”, but we’ve also been called Americana, folk, folk-indie, bluegrass, roots, and acoustic rock!

My personal favourite song from our older stuff is, “Sandcastles and Snowmen”, which is a story about proposing while travelling the world. I think it’s the first successful happy song I wrote. Being a bit country, it’s easy to fall into the “oh no, my baby left me, and she took the dog” kind of songwriting, but Sandcastles and Snowmen was the first time I feel we made a decent happy song. It was also picked up and broadcast nationwide by BBC6, which is nice! From our new album, I have to say the first track “The Good Life”. The music is by Julian, and it’s got a great riff and energy, and it’s just joyous to play live. We’ve been becoming more and more danceable lately, and this song is often the one that gets people going. 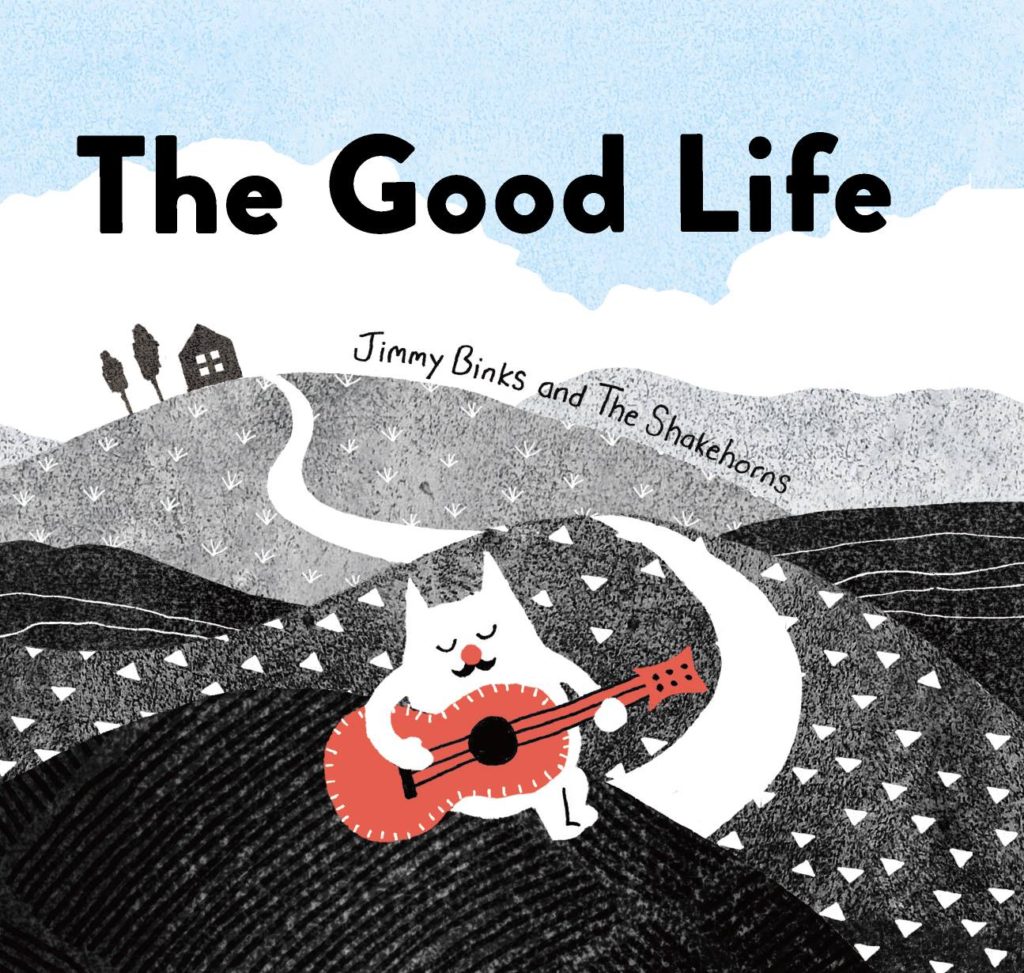 Artwork from the new Jimmy Binks and the Shakehorns album: The Good Life

We think the concept of runAway Japan just sounds lovely, and when we heard the runAway team wanted to use one of our songs for a little feature on a little hotel in Tohoku, we were delighted. Pretty much all of us have spent some time volunteering up in Tohoku, and we’ve done many fundraising events back in Tokyo, so it’s a special place for us, and we were happy to be a small part of helping showcase what a beautiful and interesting part of the country it is.

Thinking about the future is tough. As an English language-singing alternative-country band in Japan, I’m not sure how big our audience is! Saying that, we love to play live, and we love to play festivals. We’ve played at a few smaller and mid-size ones, so I guess the big dream would be playing somewhere at Fuji Rock! Until then, we’ll keep writing songs, playing shows, and trying to get more radio play and more TV and movie placements for our songs. Whatever happens, it’s a lot of fun! 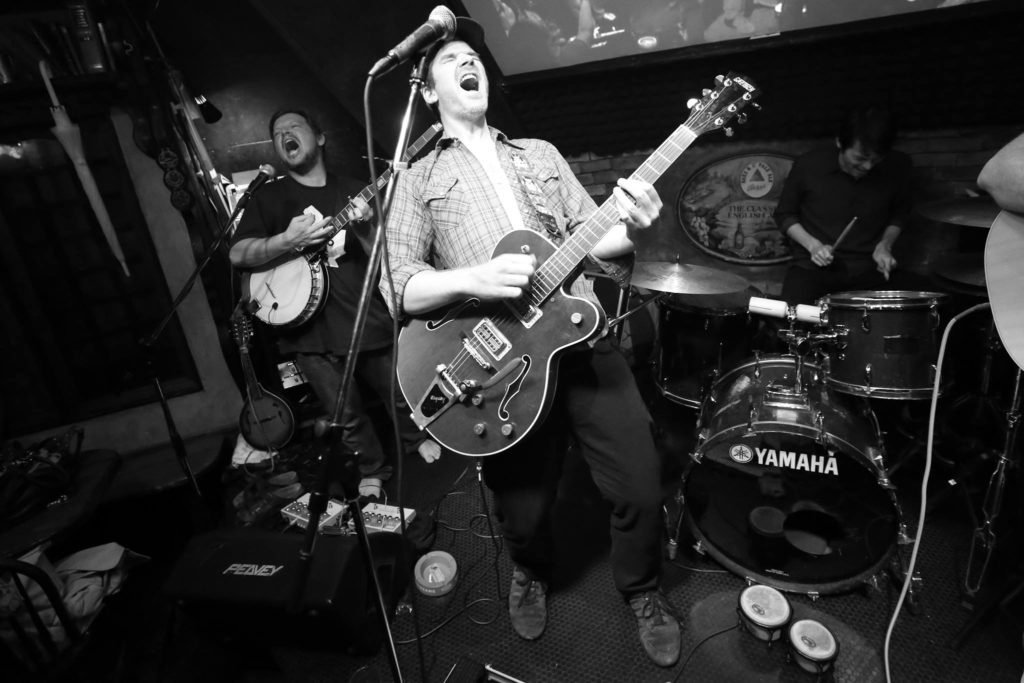 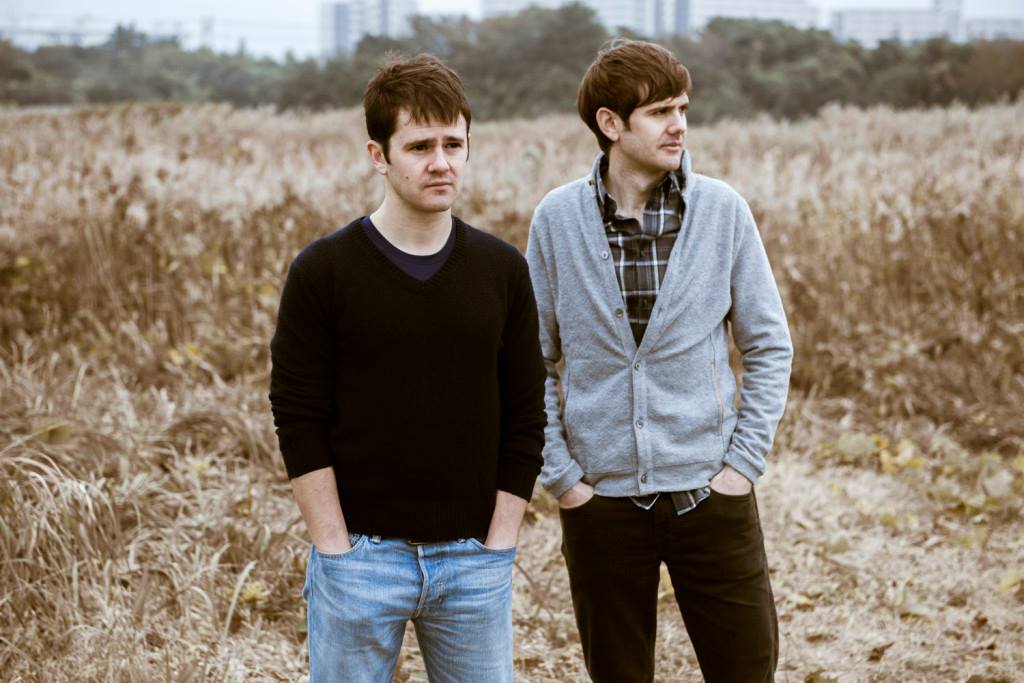